For the holiday today I thought I would share some freshly uploaded classic cartoons from Tex Avery, Walter Lantz and Bob Clampett.  Does that make this Throwback Thanksgiving?

Notes for context: In the Farm Frolics the owl shouts “Yehudi!” which was a 1940’s meme/catchphrase about violinist Yehudi Menuhin. That national meme was caused by Jerry Colonna (Old Bug Eyes) who at the time was the sidekick to Bob Hope on hope’s radio show.  On the episode where Mr Menuhin was a guest Jerry got a bit obsessed with the name Yehudi and shouting it a bit like how it later shows up in various Warner Brothers cartoons but now the context is lost on most.

From an article on WFMU: Beware the blog on Jerry Colonna: “Colonna’s persona also spawned nonsensical catch phrases that he would usually utter upon entrance. “Who’s Yehudi?” and “Greetings Gates, Let’s Operate!” were his two most famous, always eliciting laughter even without context, justification, or logic.  The “Who’s Yehudi (sometimes spelled Yahoodi)” craze spawned a song that became a best selling 78 covered by several bands of the era. The phrase often popped up as a cheap laugh, although an esoteric reference today, in several cartoons and even a few movies like Topper Returns (1941) and Whistling in the Dark (1941). Friz Freleng’s 1942 animated short Lights Fantastic features a “Yahoodi Cafe.” Likewise, the Merrie Melody short Slightly Daffy (1944) has a Native American with a Mel Blanc voice shouting, “Greetings Gates, Let’s Scalp-atate!” The Dell Comics adaptation of Carl Anderson’s comic strip Henry featured a saxophone playing child named Yehudi. After a couple seasons worth of the stupid gimmick, critics demanded an explanation for the phrase. In one episode Basil Rathbone and Nigel Bruce appeared in the guise of their famous Universal Pictures characterizations of Sherlock Holmes and Watson trying to figure out who was Yehudi. Simultaneously NBC held a contest for people to send in their answers to the question. The listener who won stated that Yehudi was “the little man who turns out the light in the refrigerator when the door is closed.”

The Ant joke of “Coming Mother!?” was a running gag on the radio sitcom The Aldrich Family.

The joke about doing a “Canter” was a reference and awful pun on the vaudeville singer Eddie Cantor. 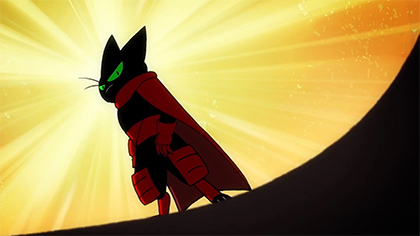 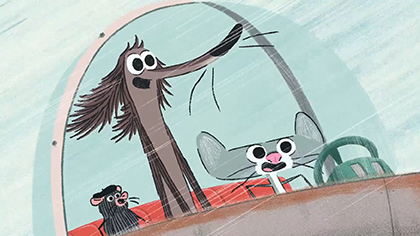 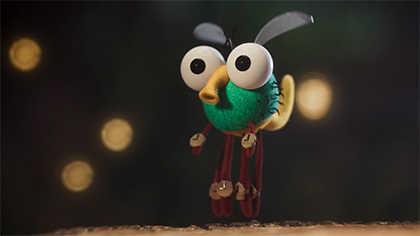